The Indo-Pacific is one of the most culturally and linguistically diverse regions on earth. Its six sub-regions of East, South, Southeast Asia, the Pacific, and Australasia add up to 4.3 billion people, over twenty nations, and tens of thousands of languages, cultures, and ways of understanding the world.

Though existing academic journals publish cutting-edge insights into many of the above philosophical cultures, these are often partitioned by disciplinary barriers and locked behind commercial paywalls. Indo-Pacific philosophy, as a result, remains inaccessible to non-academic readers even within this region.
‍
Synkrētic is devoted to this region's writers, thinkers, translators, and story-tellers. In each issue, readers will find well-written, thought-provoking, and substantive pieces by the established and emerging writers shaping its future.

Daryl Morini is Editor. A former ANU Pacific Research Fellow, he studies Russian philosophy and holds a PhD in International Relations from UQ.

Christian Romuss is Deputy Editor. He is a PhD candidate at UQ's School of Languages and Cultures. He translates German and Spanish philosophy.

Devon Turner is Associate Editor. He works at the Northern Land Council and previously served in the US Marine Corps. He holds an MPP from CDU.

Kirthi Jayakumar is a writer and the founder of The Gender Security Project. Kirthi holds MA degrees from UPeace in Costa Rica and from Coventry University. She lives in Chennai, India.

Synkrētic is seeking expressions of interest from qualified academic reviewers to join our Editorial Board on a volunteer, part-time basis to support our expansion into peer-reviewed research content. As our journal grows, we would highly value the advice and assistance of academic experts with a passion for the journal's mission. For more information, please get in touch.

“India is a land where reason was central to civilisation. And yet we think the West is rational, and that we are not. 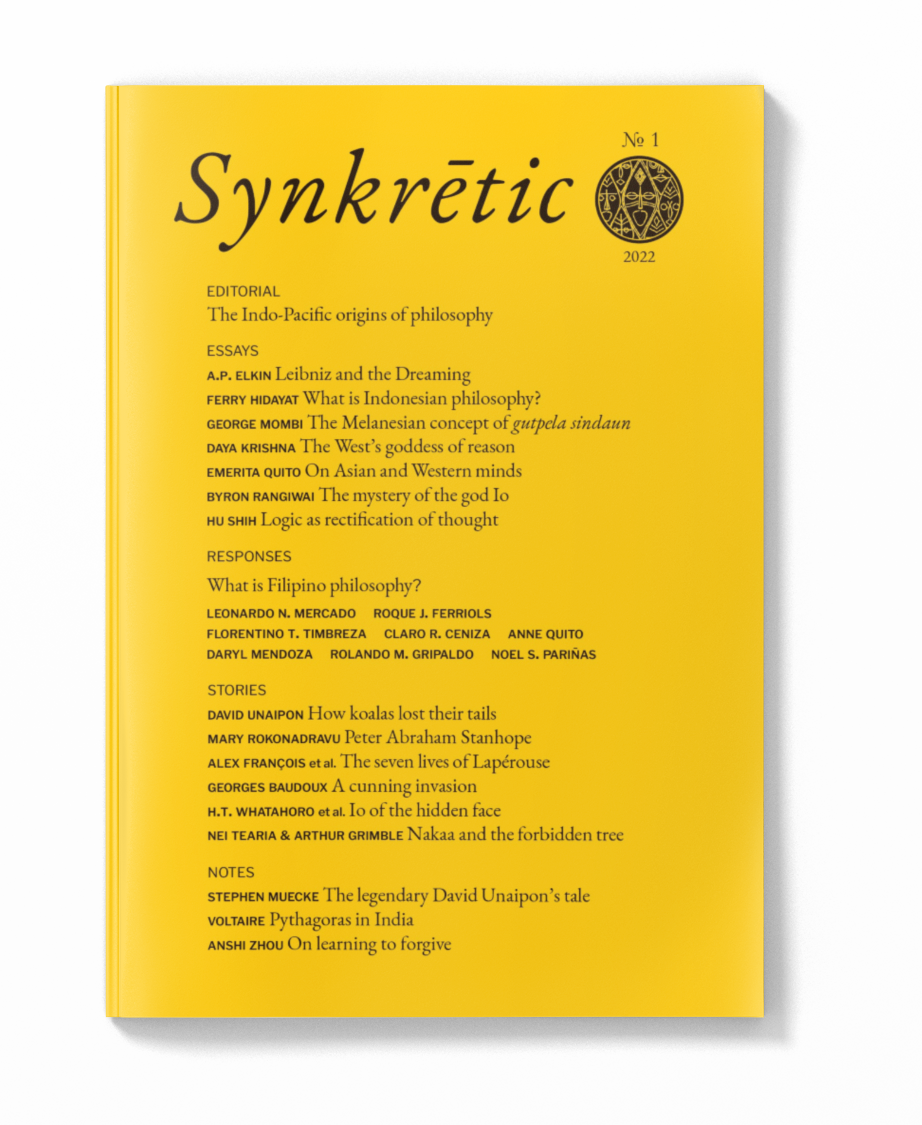 This journal is a product of Irukandji Press, an independent publisher of Indo-Pacific and world philosophy based in Brisbane, Australia. Irukandji Press is committed to bringing to light timeless and timely thinkers from South, East, Southeast Asia, the Pacific, Australasia, and underappreciated thinkers from any region. It prioritises forgotten works and original translations.

The journal is owned by Irukandji Media Pty Ltd, a special-purpose not-for-profit company with a charitable object. It was registered in 2021 with the Australian Securities and Investments Commission (ACN 649705242).

Is your work a good fit?